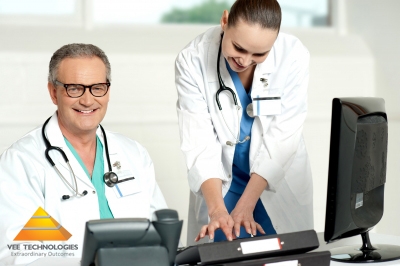 From EHR fraud to the unveiling of healthcare.gov, from dynamics of new payment models to ICD-10 progression, it seems an eventful 2014 waits us as far as healthcare is concerned. Here are four issues to watch in the coming year.

Electronic Health Records may be doing great for patient care, but they have also made it easier to commit fraud, according to the findings of a new report from the Office of Inspector General (OIG). The report is available here.

This explains how the US healthcare industry is going through rough patches currently. Of the $250 billion fraud in Healthcare, almost $75 Billion contributes to EHR Fraud. OIG is encountering major issues in EHR fraud regarding copy and paste.

But what’s more alarming to add on to this issue is that only 3 out of 18 Medicare contractors used EHR audit log data as part of their review process. According to AHIMA report in September, 78% to 90% of physicians use copy and paste function in EHR. Besides, 20% to 78 % of physician notes are copied text.

Despite the appalling start of HealthCare.gov, thousands of civilians chose new insurance plans, receiving one of the key aspects of the Affordable Care Act underway. Now the entire US economy is waiting to see, whether the exchanges will work, said Tom Carden, a senior managing director at New Jersey-based Martin Healthcare Advisors.

The healthcare industry will be observing for responses to demands such as:

Despite the implementation deadline of OCT 1st 2014 for ICD 10, the healthcare industry is not on track to meet the ICD 10 compliance. As a matter of fact, healthcare providers had fallen even further behind with timeline indicators than they did back in February, according to new report findings. But it’s not just providers. Vendors also have a long way to go. In a recent survey conducted by a leading EDI work force, more than 80% of providers will fail to complete their business changes in 2014 due to ICD 10. Read more: Outlook Grim for Docs? ICD-10 Readiness.

Some of the other facts that the survey reveals,

It would be interesting to see these strategies and their timelines, whether the healthcare industry is going to foresee a further delay to avoid the disruption.