In this white paper, Carl Marullo, Senior Vice President of Business Operations, discusses force majeure and its relevancy amid COVID-19.

Please click on the video to the right to hear Carl provide insight into his white paper and the impact force majeure has on business operations.

To get in touch with the author, please use the contact information provided at the end of the article.

Pandemics and natural disasters have created, and will continue to create, uncertain economic conditions for the world. With respect to outsourcing arrangements, these situations may result in site closures, a failure to meet service levels, delays due to a failure to perform customer obligations required for performance by the provider, or labor and product shortages.

As such, businesses are (and if they are not, they should be) scrutinizing their commercial agreements in order to understand their obligations and rights where there is an actual or prospective failure in performance as a result of a significant unforeseen event..

From a legal perspective, much of this analysis will center around two major factors: (i) the contractual force majeure clause; and (ii) a consideration of whether the common law doctrine known as the doctrine of impossibility, impracticability or frustration of purpose will apply.

Force majeure clauses are intended to allocate risk for events that are not within the reasonable control of a party and will generally excuse performance when it is delayed or prevented by such uncontrollable events. Circumstances arising from events such as a pandemic may or may not entitle a party to invoke a force majeure clause or claim frustration of contract; however, this will depend on the facts and the language of the contract.

If an agreement includes a force majeure clause, the following questions provide a framework for a meaningful review:

Does the force majeure clause apply?

Force majeure clauses are sometimes highly negotiated provisions because they are a risk management tool more often relied upon by providers. As such, they tend to be drafted in favor of the provider, such that only the provider can rely on the provision. It is also common for the clause to be mutual, applying to both provider and customer.

However, a failure by a customer to pay fees when due is often not excused on the theory that the customer should not be off the hook to pay for services received, even if the payment is late.

The foregoing circumstances may be reflected in a contract as follows: "Provider [or both parties] will not be liable for failure to perform its obligations under this Agreement to the extent that it is unable to do so for reasons that are beyond its reasonable control…"

Does an event like a pandemic fall within the scope of the force majeure clause?

This analysis should be guided by general contract interpretation principles in the context of the agreement as a whole. For example, during times of a pandemic, wording to be used to excuse performance could include the following: disease, illness, epidemic, contagion, outbreak, health emergency, government action, government inaction, national emergency, local emergency, quarantine, or obviously, pandemic.

If the wording of the contract does not consider any events that may cover the impact of a pandemic or other natural event, look at the language and breadth of any catch-all or basket clause, such as "any other cause beyond the party’s control" or "an act of God." A pandemic such as COVID-19 would likely be covered by such catch-all language.

Has the particular event caused the non-performance or inability to perform, and are there any exceptions?

Enforcement of a force majeure clause requires that: (a) there be a link between the event and the impairment of contractual performance; and (b) there be a certain level of impairment to trigger the clause.

For example, a party’s failure to pay for amounts owed under a contract due to the economic conditions caused by the natural event may not be excused if the lack of funds is due to a reduction in revenue generated. But it may be excused, for example, if the amount could not be paid because of a government order that froze the export of currency outside a national economy.

In the event of decreased revenue, the party could borrow against a line of credit and still make the payment. But if its money could not leave the country to pay a foreign provider, the client's ability to pay could be frustrated.

Additionally, a party should consider what the standard of inability to perform obligations will be. Here the case law is mixed. Certain decisions suggest the standard is one of impossibility to perform, while others have set a lower threshold such as "real and substantial problems" rendering performance commercially unfeasible. Generally, the fact that performance is simply more difficult or more expensive will not be sufficient to trigger a force majeure.

For example, during a pandemic, requiring a party to violate a government order (such as quarantine) would not be reasonable. However, requesting a party to perform certain obligations while following social distancing guidance would be appropriate.

Consider the interrelationship between a force majeure and business continuity obligations. For example, if a primary outsourced site is ordered to close due to social distancing in one jurisdiction but a backup site in another jurisdiction is still legally permitted to operate, could the provider be excused under a force majeure clause if it shut down its other site on its own initiative out of prudence despite the failure of the local government to order such an action? Probably not.

Prior to invoking a force majeure clause, parties may wish to first consider alternatives. For example, certain contracts may provide for suspension of payments or services, or the parties may agree to negotiate a manageable outcome.

At Vee Technologies, our MSA template contains a force majeure clause that protects us in the event of an unforeseeable event, such as a pandemic. If a client wishes us to use their own contract template, we will add a force majeure clause for our protection. So, while we may be protected from having to pay damages to a client for lack of performance (such as providing our services), we may not retain our client if we are unable to restore services in the prescribed time.

If the client can find an alternative vendor that can perform the work, they will be free to terminate with Vee Technologies and pursue other available options. As is always the case, we provide frequent, clear, and meaningful updates to our clients on our situation, and remain flexible as to how we deal with them. The likely outcome is that once the event passes, Vee Technologies will retain the client. Regardless of the results of the analysis described herein, businesses should endeavor to remain flexible and practical as the global economy navigates difficult times. 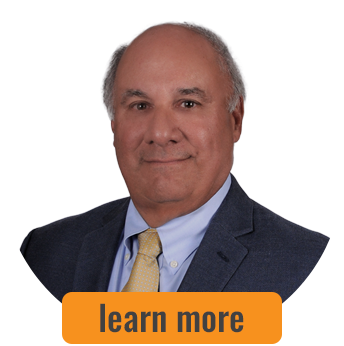 Carl Marullo joined Vee Technologies in 2010 serves as the Senior Vice President Business Operations. In this role, Carl is responsible for the negotiations and structuring of mutually successful business relationships with our clients. He also manages Vee Technologies' relationships with several of its largest and most critical clients. Prior to joining Vee Technologies, Carl served as Vice President of Enterprise Accounts for Siemens AG, and also as Vice President & Client Partner with AT&T Solutions where his 30-year career in sales and sales management included serving as a founding member of AT&T Solutions, AT&T’s professional services and outsourcing unit. Carl holds an Associate's Degree in Business Administration and has completed a corporate mini-MBA Program at Penn State University.