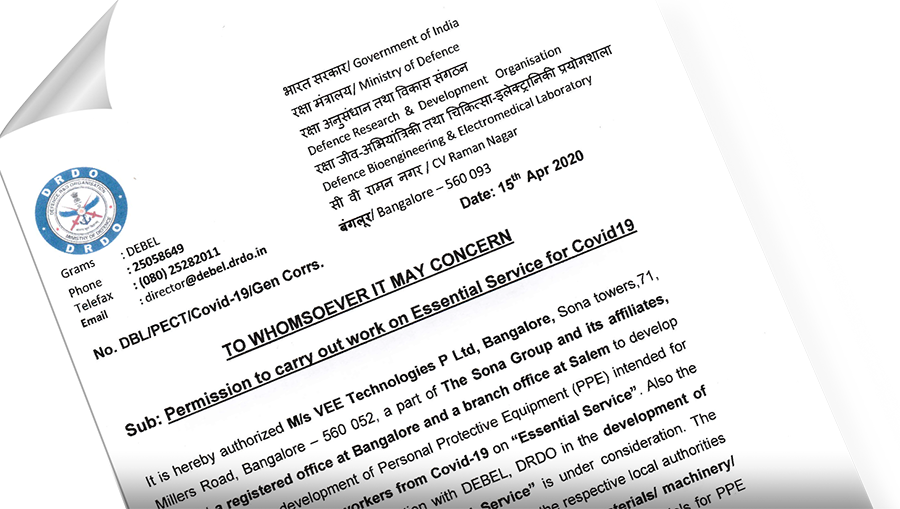 Adapting to the Unknown

What rings the bell on revenue? Ka-ching! Billable services. If our cloud went down, so did many of our services and client-mandated security measures. Transforming a textile factory for PPE production was a path to Essential Status. This was a high priority task that required change-management excellence in a sea of unknowns. Having no playbook and making projections on data sets that were moving targets, Vee Technologies Aerospace division drove the initiative to create, then execute, a transition plan that would indeed launch production quickly and satisfy governmental Essential Status standards.

Adding to the load of action items was a time crunch as thousands of Vee Technologies employees headed home with their workstations and laptops; uncertain if sufficient security protocols and file access would be possible without a connection to our ‘Vee-Cloud’ at Bangalore headquarters. We needed to obtain Essential Status fast, so we had to start producing PPE even faster.

Illuminated here are historical examples of factory conversions into schools that still deliver education to thousands of children in southern India. Changing with the times requires vision, planning, and risk. Vee Technologies doesn’t take a fork in the road; we make the fork in the road. We are not the rolling wheels of business; we are the highway. Our centuries-long history of excellence, which provides foundational support for entire industries, continues today because of the passion we have for the livelihood of people. This is a summary of how excellent change management helped fill a national PPE shortage while simultaneously enabling Vee Technologies’ healthcare, I.T., and engineering clients to keep services running and compliant.

The Back Story (Waaaay Back)

Vee Technologies/Sona Group turns 100 this year; a great century for India, yet merely one in the hundreds of years of Valliappa family history and business excellence. Centuries of agriculture and trading in the middle ages contributed to the development of the spice route connecting southern India rural villages with markets in northern India. This led to financial services and support to these traders developing into an influential and prominent banking enterprise, which would eventually influence the birth of Singapore.

Learning to pivot happened long before Vee Technologies first brought high-tech to India in the 1980s. Yet the current pandemic that has shuttered so many businesses and so much livelihood gives us yet another opportunity to illuminate how leadership and vision can take action to deliver a solution that now shines success over two continents.

Vee Technologies was born in pre-Independence India; founded by K.K. Thiagaraja Chettiar, who was moved by the plight of tea garden workers in the country. He was drawn to the freedom movement and set out to empower his fellow countrymen to enhance India’s economic development. He aimed to achieve this lofty goal through education and industrial development, resulting in the employment of Indians. Since the 1920s, and presented here, are examples of how integrating industrial and educational efforts has put the welfare of people first. Also key to our story is understanding that our strength comes from our larger family of companies and divisions, such as Aerospace and I.T.

We mention our Aerospace division every day in the U.S., yet only as a power-point liner note in order to illuminate the breadth of our data security during prospect introduction calls. Just how significant is our connection with ‘Vee Aerospace’? The Director, Ramar Sundaram, is the childhood friend of CEO Chocko Valliappa. Mr. Sundaram would support the Aerospace division’s efforts toward a transition to PPE production then head the Vee Protect company.

What does it take to make such a transition possible?

Forecasting of production demands for PPE is critical in any manufacturing business model. Yet the short, turbulent history of Covid-19 and the many erratic data sets from analysts hindered accurate projections. The sheer variety of data used to anticipate healthcare and consumer usage patterns rendered calculations speculative, at best. Change management decisions had less certainty, as reporting tools that normally allow a textile company to estimate quarterly and yearly demand are now riding the same rollercoaster as the rest of us. There was no actual data and no playbook.

Poor control of inventory management threatens all areas of a factory’s operations. Vee Technologies Aerospace knows this area well, having experience in the sourcing and manufacturing of materials and components. Flexing to meet the fluctuation of supplies requires a keen eye for vendor capacity and internal capabilities. Routine inventory audits need to be carried out (both physical and cycle counts) to identify and resolve discrepancies between projections and the actual number of items on hand. Bear in mind that these can change based on daily news reports and governmental edicts at both national and state levels. Vee Protect is able to overcome and shine in this environment as its leaders have faced the same challenges when producing aerospace components, which has historically included clean-room type clothing and equipment.

Materials testing is a critical area of competence that Vee Aerospace brought to the table for both quality output of safe, effective products and for undergoing the rigorous Essential Services status criteria set by the Defense Research Development Organization (DRDO). Inventory managers had to ensure all the raw materials were sufficient for production to DRDO standards and that the finished goods are ready to be delivered to healthcare facilities and end-users. 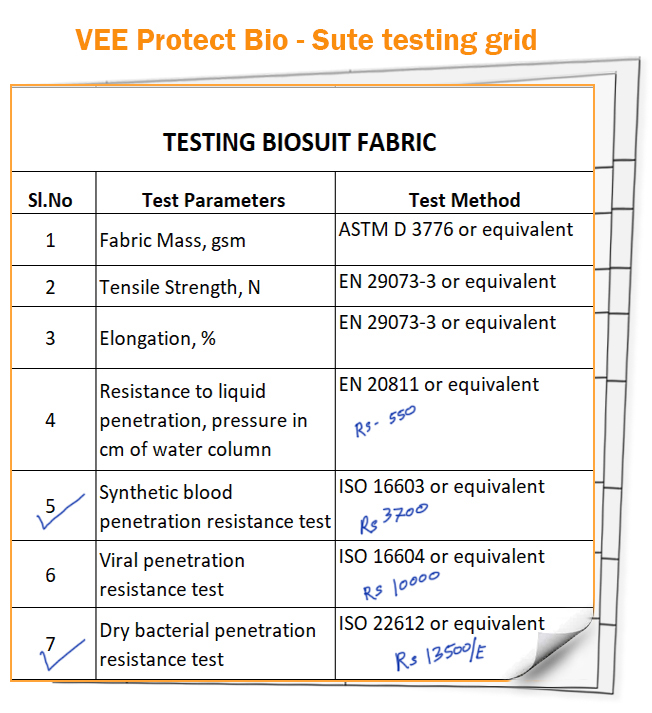 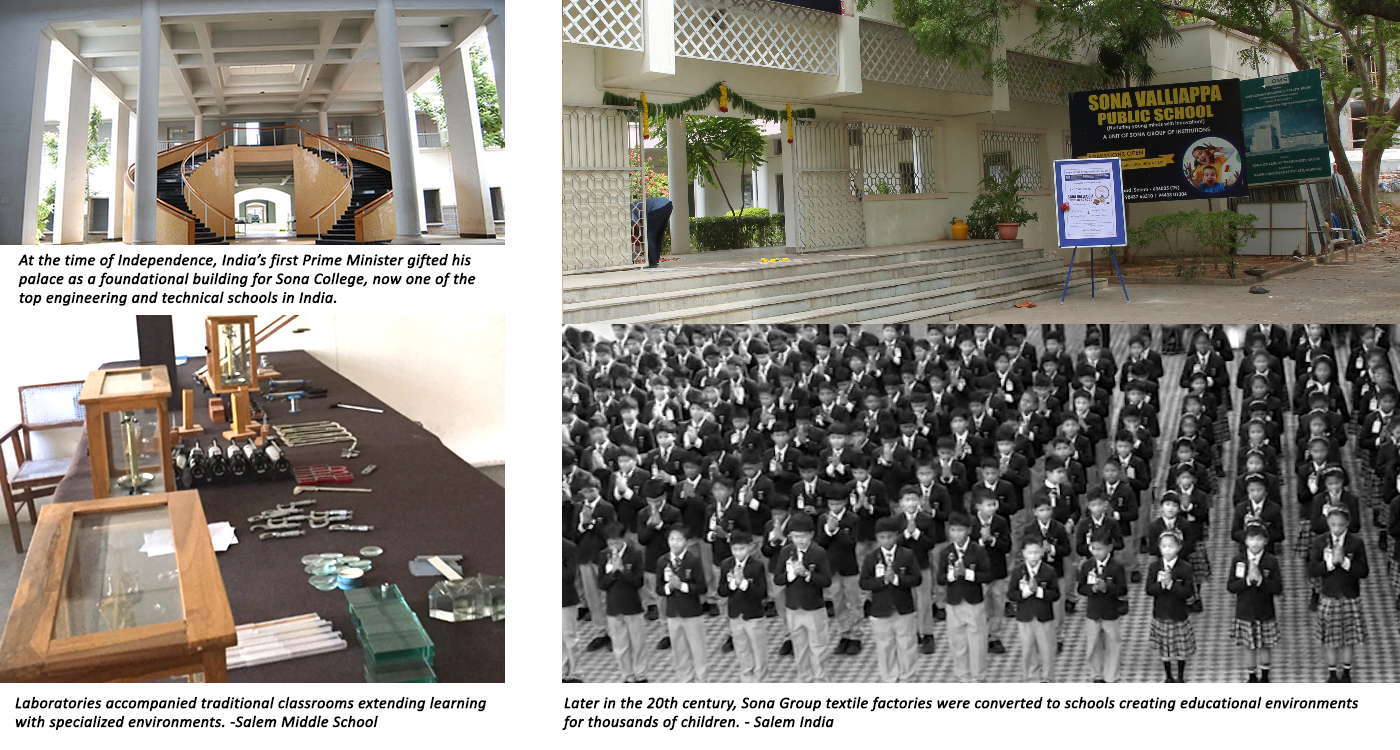 Globalizing prosperity to make lives better requires a deep commitment and a passionate effort, from the individual and from our collaborative effort as a company.

The foundation for the success which we share with so many can be found in our very name:

Vee is the Valliappa foundation stone that gives us 100 years of business excellence, heritage, and legacy.

Technologies is the capstone that unites our people and solutions so that change is possible and change management can be successful.